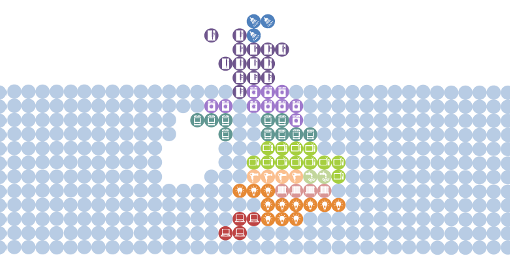 We wrote all three editions of the UK’s Housing Energy Fact Files as a one-stop shop for all the information you need about household energy use from 1970-2013. The latest release shows how dramatically energy use patterns have changed.

Recent press coverage of energy price rises for households overlooks two important points. First, the energy efficiency of homes is easily as important as energy prices in shaping energy bills. Second, how we choose to use energy in the home (e.g. how we use heating controls and what electrical appliances we use) is more significant than simple energy prices.

The last UK Housing Energy Fact File shows that spending per household on energy has varied markedly over the past four decades, but average weekly spending on heating, lighting and power has risen by less than 0.4% a year, on average, since 1970.

There are more than 8 million more households today than there were in 1970. Many more of us now live in flats and detached homes. The trend towards smaller households puts upward pressure on energy use and CO2 emissions from housing. Although smaller homes tend to use less energy, there seems to be a minimum ‘base load’ that is not related to household size or floor area.

At the same time, total energy used for heating has increased by a third since 1970 in part because of widespread take-up of central heating and higher average internal temperatures, but also because of the extra households.

This increase in energy used for heating would have been much greater but for improved insulation and boiler efficiency in most existing homes.

Our modelled figures for the rise in average internal temperatures were widely reported in the press when the latest Fact File was published in January 2014. This was covered in the Guardian, The Independent, the Telegraph, and the Evening Standard.